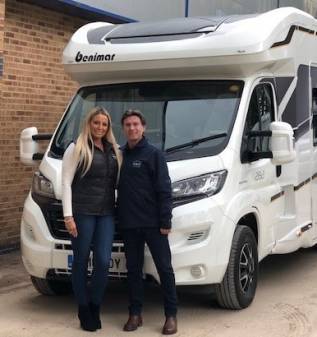 Hi , We're Ariana and Bernie and we are delighted to be your local Motorhome Depot Brokers.

We understand the great freedom , exploring and pleasure a motorhome gives people and families but we also understand it is a valuable asset.

We therefore appreciate that buying or selling a Motorhome can be stressful, personal, challenging and time consuming, we take all that worry and concern away from you, and we do it with grace, understanding, always hassle free and always with a smile.

Our work for you is professional and personal to you and for you, the focus of our work has and always will be "to treat you the exact same way as we would want to be treated ourselves" with courtesy, valued time and understanding.

We carry out extensive advertising campaigns and marketing work for you and can carry out Experian HPI check, together with viewings and handovers done personally providing safe completions of vehicles whether buying or selling.

So in the end you sell your vehicle at a better than trade in price , or you find the right one for you at a better than dealer price with no worry , no hassle and no pressures put upon yourselves. We simply and happily do it all for you.

So whether you're looking to buy, sell, part exchange, finance or have a query you need help with, please just give us a call for a chat.

We are rated "Excellent" "5 Stars" by Trust Pilot

3 Vehicles available through this Broker 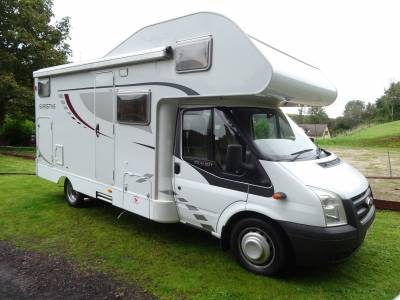 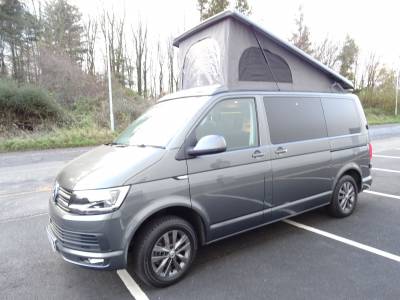 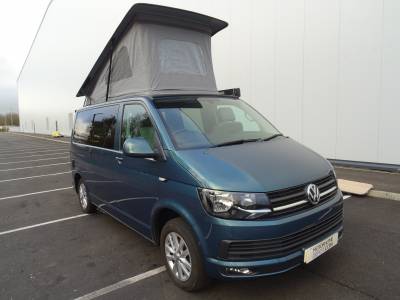 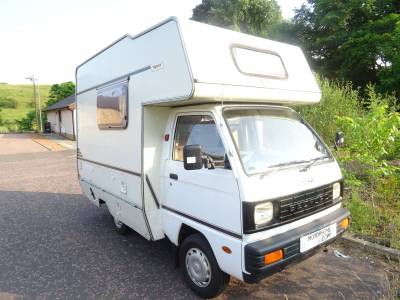 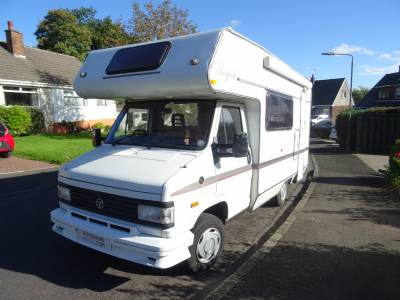 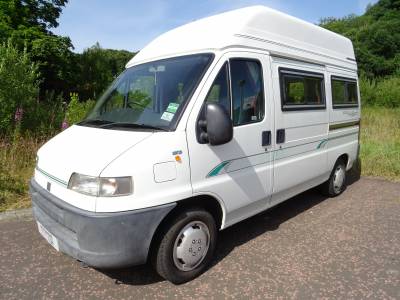 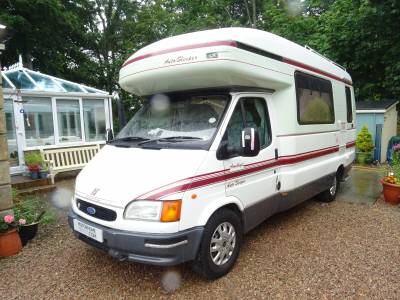 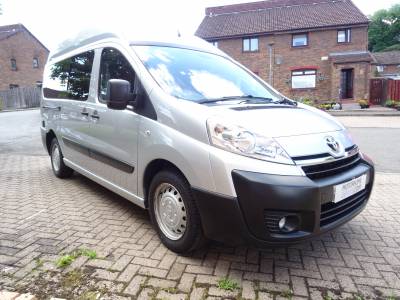 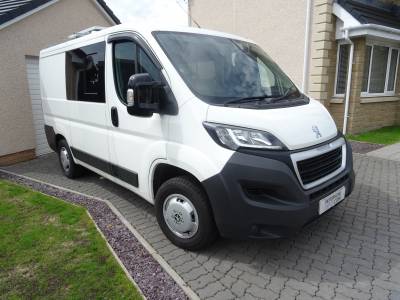 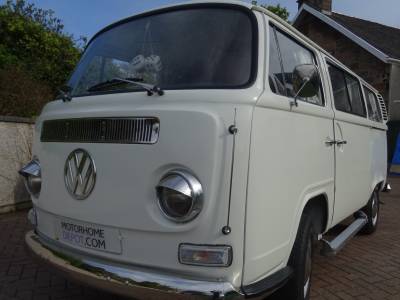 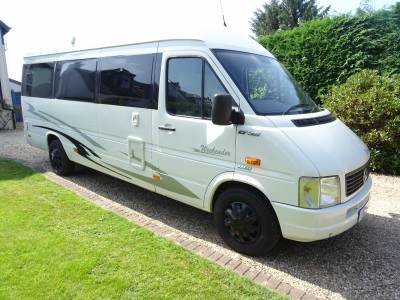 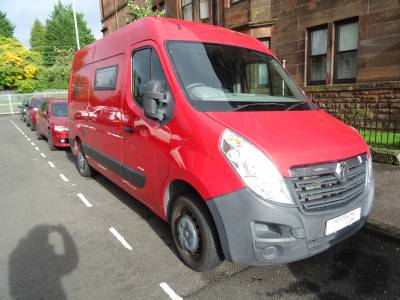 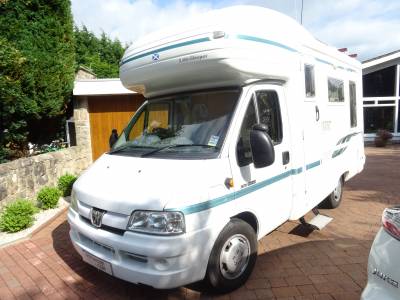 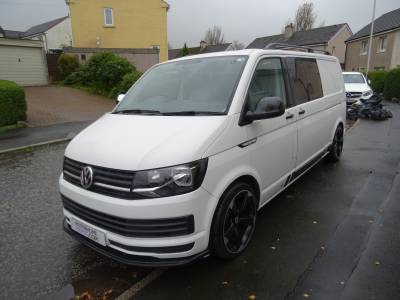 Looking to buy a motorhome in your local area? We are the local specialists and offer a wide range of motorhomes across a range of sizes and prices. We have motorhomes for sale in Largs, Ardrossan and Irvine. We offer campervans in Kilwinning, Paisley and Glasgow. Check out our range of motorhomes in Stewarton, Kilmarnock, East Kilbride and Hamilton.

Glasgow (/ˈɡlɑːzɡoʊ, ˈɡlæzɡoʊ/ GLAHZ-goh, GLAZ-goh; Scots: Glesga; Scottish Gaelic: Glaschu) is the most populous city in Scotland and the fourth-most populous city in the United Kingdom, as well as being the 27th largest city by population in Europe.[6] In 2020, it had an estimated population of 635,640. Historically part of Lanarkshire, the city now forms the Glasgow City council area, one of the 32 council areas of Scotland, and is governed by Glasgow City Council. It is situated on the River Clyde in the country's West Central Lowlands.

Glasgow grew from a small rural settlement on the River Clyde to become the largest seaport in Scotland, and tenth largest by tonnage in Britain. Expanding from the medieval bishopric and royal burgh, and the later establishment of the University of Glasgow in the 15th century, it became a major centre of the Scottish Enlightenment in the 18th century. From the 18th century onwards, the city also grew as one of Britain's main hubs of transatlantic trade with North America and the West Indies. With the onset of the Industrial Revolution, the population and economy of Glasgow and the surrounding region expanded rapidly to become one of the world's pre-eminent centres of chemicals, textiles and engineering; most notably in the shipbuilding and marine engineering industry, which produced many innovative and famous vessels. Glasgow was the "Second City of the British Empire" for much of the Victorian era and the Edwardian era.[7][8][9][10]

In the late 19th and early 20th centuries, Glasgow's population grew rapidly, reaching a peak of 1,127,825 people in 1938.[11] The population was greatly reduced following comprehensive urban renewal projects in the 1960s which resulted in large-scale relocation of people to designated new towns, such as Cumbernauld, Livingston, East Kilbride and peripheral suburbs, followed by successive boundary changes. Over 985,200 people live in the Greater Glasgow contiguous urban area, while the wider Glasgow City Region is home to over 1,800,000 people, equating to around 33% of Scotland's population.[2] The city has one of the highest densities of any locality in Scotland at 4,023/km2. Natives or inhabitants are known as Glaswegians, and are well known for their distinctive dialect and accent.

Glasgow has the largest economy in Scotland and the third highest GDP per capita of any city in the UK.[12][13] Glasgow's major cultural institutions - the Burrell Collection, Kelvingrove Art Gallery and Museum, the Royal Scottish National Orchestra, Scottish Ballet and Scottish Opera – enjoy international reputations. The city was the European Capital of Culture in 1990 and is notable for its architecture, culture, media, music scene, sports clubs and transport connections. It is the fifth-most visited city in the United Kingdom.[14] The city hosted the 2021 United Nations Climate Change Conference (COP26) at its main events venue, the SEC Centre. Glasgow hosted the 2014 Commonwealth Games and the first European Championships in 2018, and was one of the host cities for UEFA Euro 2020. The city is also well known in the sporting world for football, particularly the Old Firm rivalry between Celtic and Rangers.