Keep up-to-date with new motorhomes coming onto the market that meet your requirements by setting an alert. It’s simple and it means you won’t miss out on your dream motorhome.

*Quotations offered are not a formal offer of credit – credit is provided at the discretion of the lender and is subject to full underwriting and credit assessment. Motorhomedepot.com only introduces finance enquiries to Creative Funding Solutions Ltd which is a brokerage regulated by the FCA - Ref - License Number 631176. Please make sure you can afford the repayments before entering into any instalment agreement, as failure to make payments as they fall due could result in additional costs and you may find it more difficult to obtain credit in future.

arrow_forward
Page 1 of 2
Sort by:
star_border 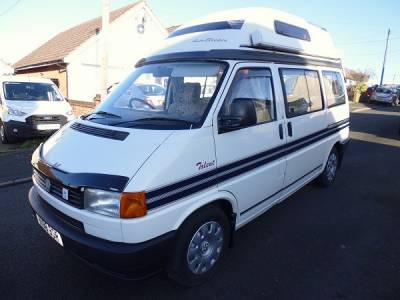 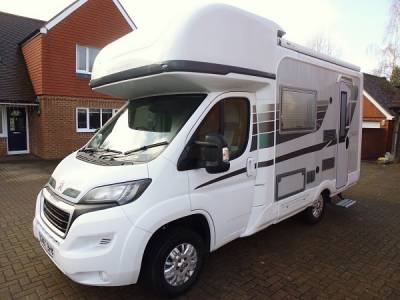 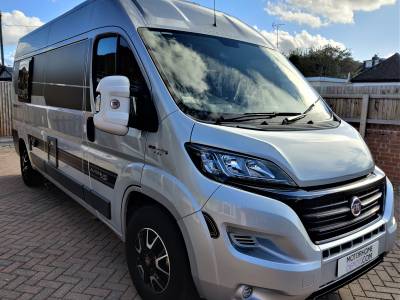 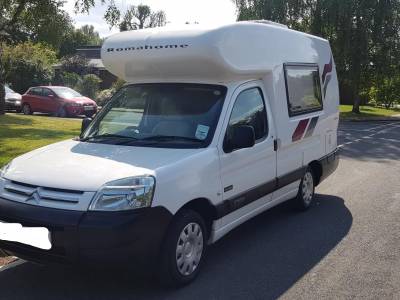 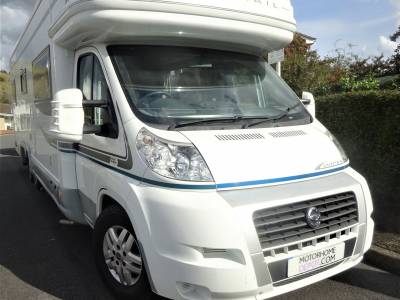 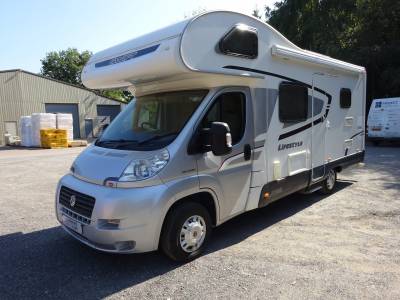 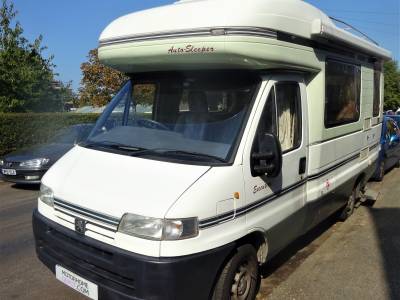 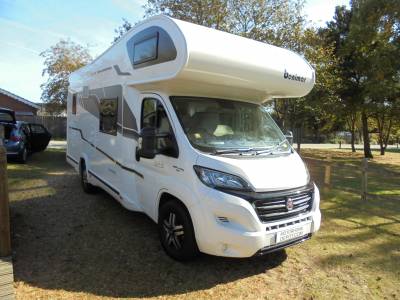 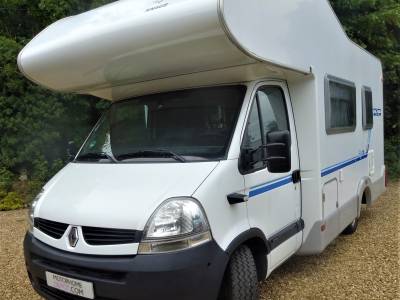 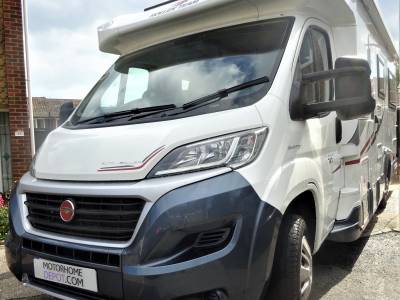 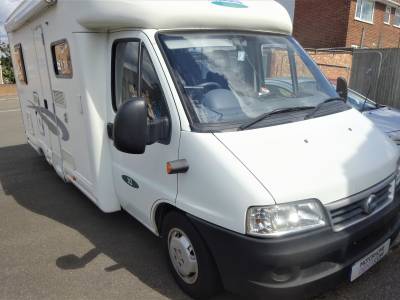 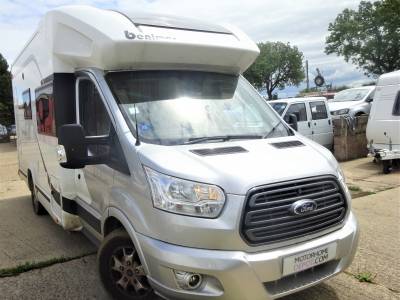 Keep up-to-date with new motorhomes coming onto the market that meet your requirements by setting an alert. It’s simple and it means you won’t miss out on your dream motorhome.

*Quotations offered are not a formal offer of credit – credit is provided at the discretion of the lender and is subject to full underwriting and credit assessment. Motorhomedepot.com only introduces finance enquiries to Creative Funding Solutions Ltd which is a brokerage regulated by the FCA - Ref - License Number 631176. Please make sure you can afford the repayments before entering into any instalment agreement, as failure to make payments as they fall due could result in additional costs and you may find it more difficult to obtain credit in future. 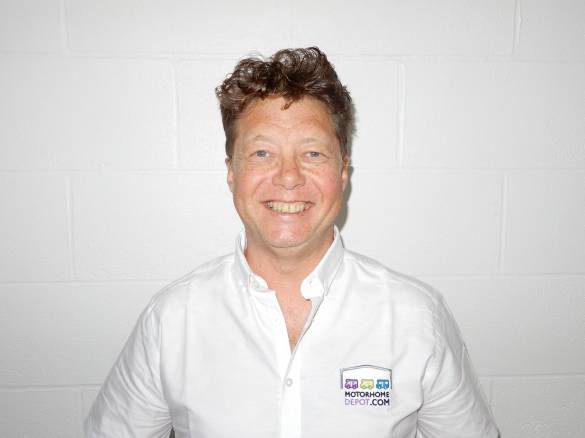 Hi, I am Andy Downing and motorhomes and campervans have been a massive interest since I was a kid. Being your broker is about finding you just what you need, keeping communication prompt and open at all times. Motorhomes bring lots of opportunities for singles, couples, friends and families in short or long breaks here or abroad. More people are discovering the motorhome X-factor which makes such breaks unforgettable. My job is to make it as painless and efficient as possible for customers to embark on new adventures. I won't waste your time or mine - so you can get the motorhome that best suits your needs and lifestyle. Life is too short not to be going campervanning, after all. 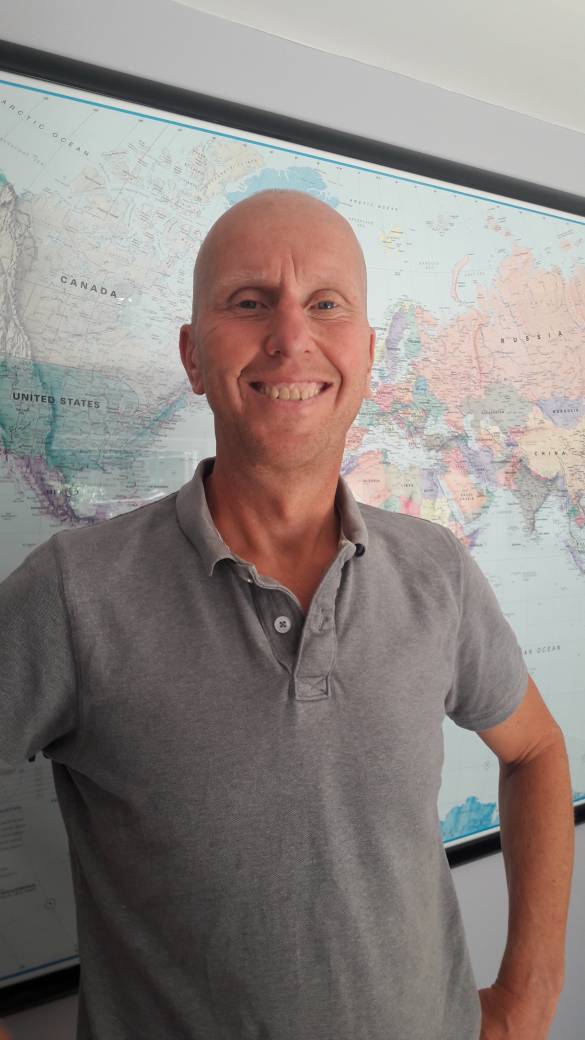 Hi, I am Ian Enticknap and I would describe myself as above all else, a family man. Married for 15 years with 1 boy, 1 girl and a rather large Rhodesian Ridgeback dog. I have been selling caravans and motorhomes since the 1980s and have learnt a lot in that time. I do not want to waste your time and I definitely do not want to waste mine so have a few sayings I really believe in "Do not make promises you cannot keep, Describe vehicles accurately and photograph accurately, Good communication and Promise lots, deliver more". My job is to find the right Motorhome for the right person and I genuinely like most of the people i do business with. More of a hobby than a job. 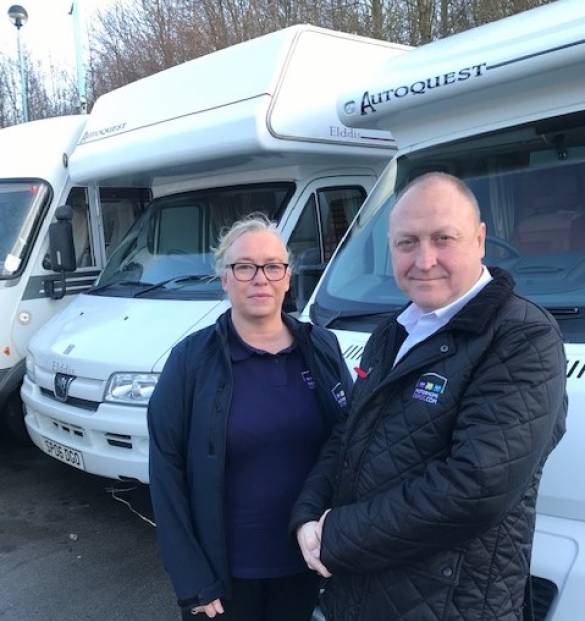 Mandy and Nick Gray have been living in Kent since 2006 and are married with two teenage boys. Since 1999 they have been jointly running a manufacturing company in London. Prior to that they each ran their own separate companies in London.

Owning and running a busy company has been fun but after many years of commuting and the children leaving for university, we decided it was time for a change of lifestyle.

Since the early 2000’s we have been caravanning and camping with our family both throughout Europe and at home. We have had so much fun and freedom during these times that it seemed a natural choice to want to do something that involves a hobby close to our hearts.

After a chance meeting with the owner/Director Richard Wood, we quickly became focussed on working in this field with MHD. We believe our long history of indulging in the hobby and our love of the life style brings a unique knowledge and experience to the table. We think this experience is essential to both our buyers and sellers.

Our mission is to serve both buyer and seller by applying our practical experience and knowledge of the pursuit to matching the right vehicle wth the customer requirements. Together with MHD's wealth of of skill and cutting edge internet platform, we feel we have the best ingredients and the right team to help you out in the next chapter of your motorhome dreams whether you are a newcomer, weekender or a professional Eurotraveller.

Our advice is simple, honest and from the heart, just as we would want it.

Motorhomes for sale in Kent. Kent is a county in South East England and one of the home counties. It borders Greater London to the north west, Surrey to the west and East Sussex to the south west. The county also shares borders with Essex along the estuary of the River Thames (connected by land via High Speed 1 and the Dartford Crossing), and with the French department of Pas-de-Calais through the Channel Tunnel. The county town is Maidstone.

Canterbury Cathedral in Kent has been the seat of the Archbishop of Canterbury, leader of the Church of England, since the Reformation. Prior to that it was built by Catholics, dating back to the conversion of England to Catholicism by Saint Augustine that began in the 6th century. Before the English Reformation the cathedral was part of a Benedictine monastic community known as Christ Church, Canterbury, as well as being the seat of the Catholic Archbishop of Canterbury. The last Catholic Archbishop of Canterbury was Reginald Pole. Rochester Cathedral is also in Kent, in Medway. It is the second-oldest cathedral in England, with Canterbury Cathedral being the oldest. Between London and the Strait of Dover, which separates it from mainland Europe, Kent has seen both diplomacy and conflict, ranging from the Leeds Castle peace talks of 1978 and 2004 to the Battle of Britain in World War II.

England relied on the county's ports to provide warships through much of its history; the Cinque Ports in the 12th–14th centuries and Chatham Dockyard in the 16th–20th centuries were of particular importance. France can be seen clearly in fine weather from Folkestone and the White Cliffs of Dover. Hills in the form of the North Downs and the Greensand Ridge span the length of the county and in the series of valleys in between and to the south are most of the county's 26 castles.

Because of its relative abundance of fruit-growing and hop gardens, Kent is known as "The Garden of England".[2]

Kent's economy is greatly diversified; haulage, logistics, and tourism are major industries. In northwest Kent industries include extraction of aggregate building materials, printing and scientific research. Coal mining has also played its part in Kent's industrial heritage. Large parts of Kent are within the London commuter beltand its strong transport connections to the capital and the nearby continent makes Kent a high-income county. Twenty-eight per cent of the county forms part of two Areas of Outstanding Natural Beauty: the North Downs and The High Weald.